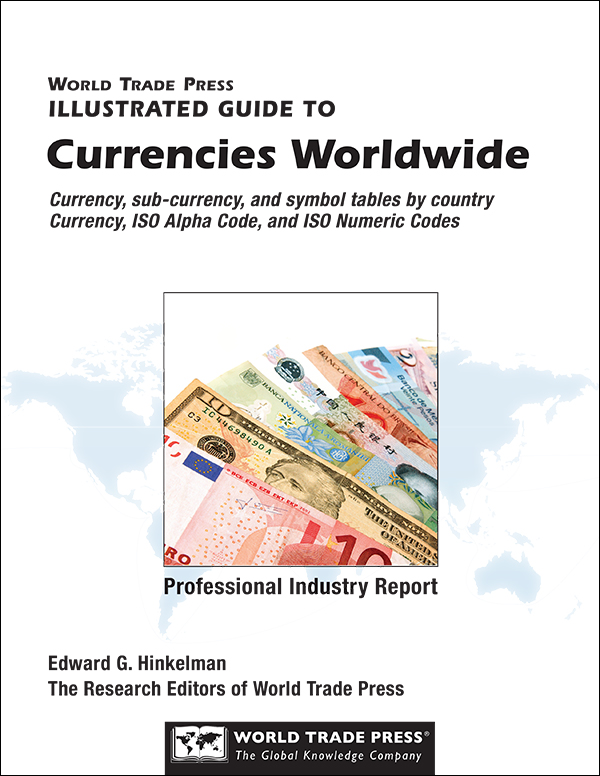 The buying and selling of world currencies, as well as the price quotation of international contracts in multiple currencies has grown exponentially during the past decade. Basic knowledge of currencies of the world is now considered vital to international traders.

The World Trade Press ‘Guide to Currencies and Sub-Currencies of the World’ lists the currencies, sub-currencies, ISO 4217 Codes (Alpha and Numeric), and currency symbols for 192 countries of the world.

This report lists currencies in four comprehensive tables by:

This Product is Available in Bulk Quantities

Any cookies that may not be particularly necessary for the website to function and is used specifically to collect user personal data via analytics, ads, other embedded contents are termed as non-necessary cookies. It is mandatory to procure user consent prior to running these cookies on your website.